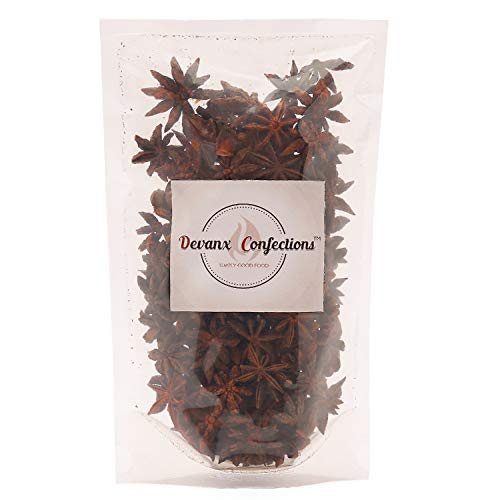 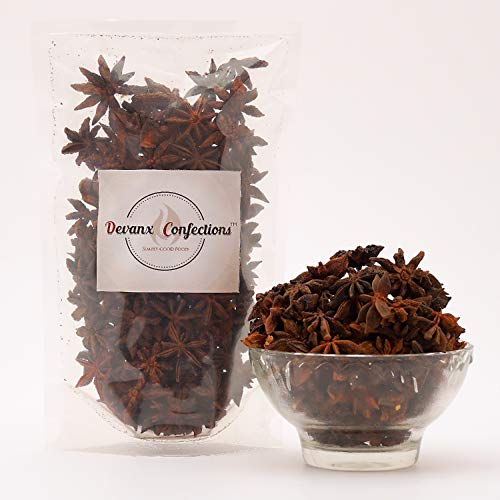 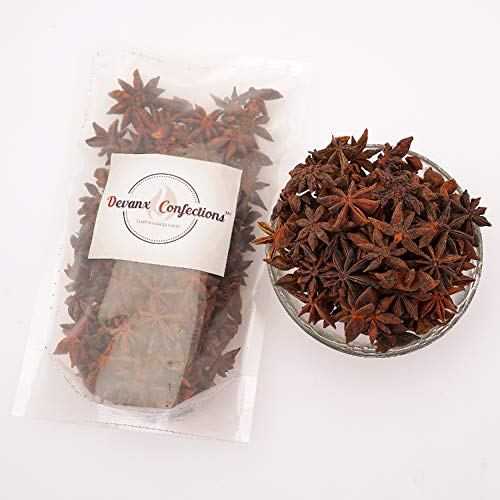 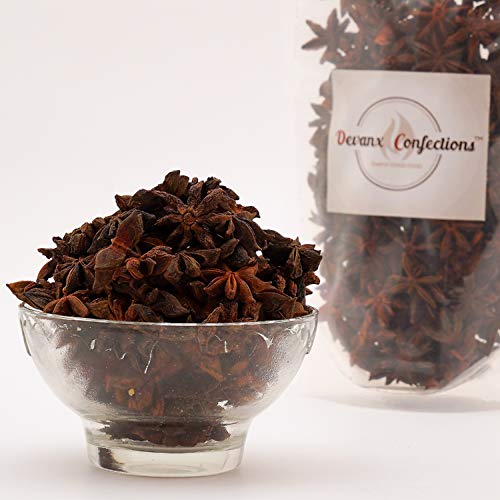 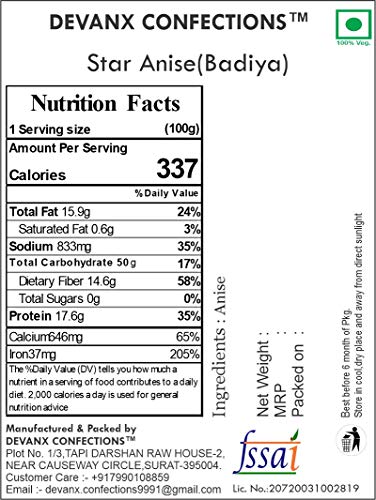 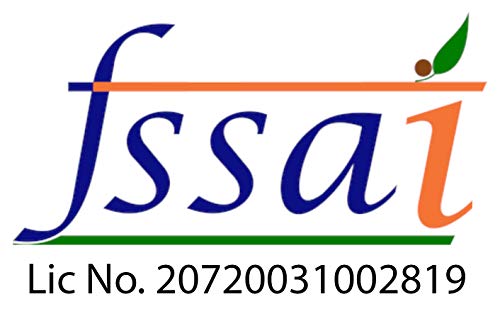 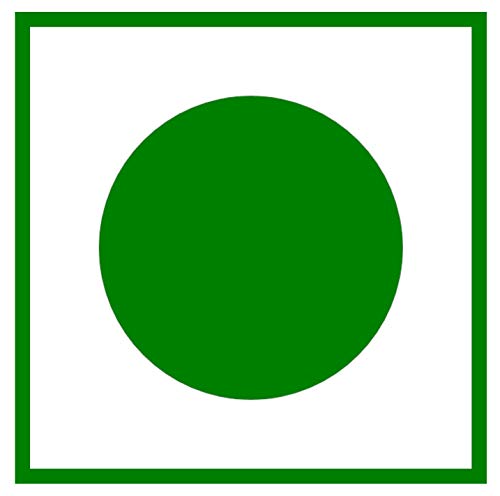 Star anise pairs brilliantly with tomatoes. It’s licorice-like flavor actually bears a close resemblance to that of fennel and basil, tomato’s classic companions
Star Anise/Chakri phool is a lovely spice that can add a wonderful aroma and flavor to your cooking. Star Anise seed can be used in whole or ground form to add an aromatic licorice flavor to recipes. Star anise is packed with protective antioxidants which neutralize damaging free radicals in the body.
Popularly used in asian dishes, specially in 5-spice blend. Almost all Chinese dishes use star anise for preparation
Star anise has many names in different cuisines and flower in shape with intense aroma and flavor. Also known as Badiyan fool, Chakar phool, Chakri fool, Aniseed flower, Stone flower etc