Home » Singing the Lord’s Song in a Strange Land: Hymnody in the History of North American Protestantism (Religion & American Culture)
Other Grocery

Singing the Lord’s Song in a Strange Land: Hymnody in the History of North American Protestantism (Religion & American Culture) 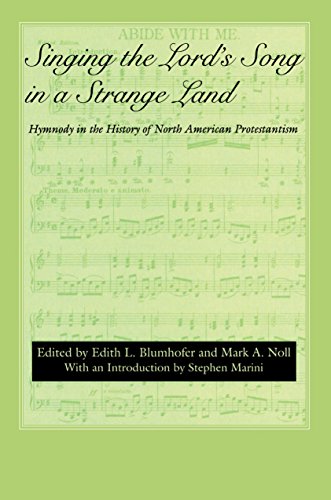 The latest scholarship on the role of hymns in American evangelicalism

Music and song are important parts of worship, and hymns have long played a central role in Protestant cultural history. This book explores the ways in which Protestants have used and continue to use hymns to clarify their identity and define their relationship with America and to Christianity. Representing seven groups—Baptists, Presbyterians, Lutherans, Mennonites, Holiness, Hispanics, and Evangelicals—the nine essays reveal how hymns have helped immigrants to establish new identities, contributed to the body of worship resources, and sustained ethnic identity.

Individual essays address the music of the Old-Fashioned Revival Hour, America’s longest running and most successful independent radio program; singing among Swedish evangelicals in America; the German hymn tradition as transformed by Mennonite immigrants; the ways hymnody reinforces themes of the Wesleyan holiness movement; the history of Mercer’s Cluster (1810), a southern hymnal that gave voice to slaves, women, and native Americans; and the Presbyterian hymnal tradition in Canada formed by Scottish immigrants.